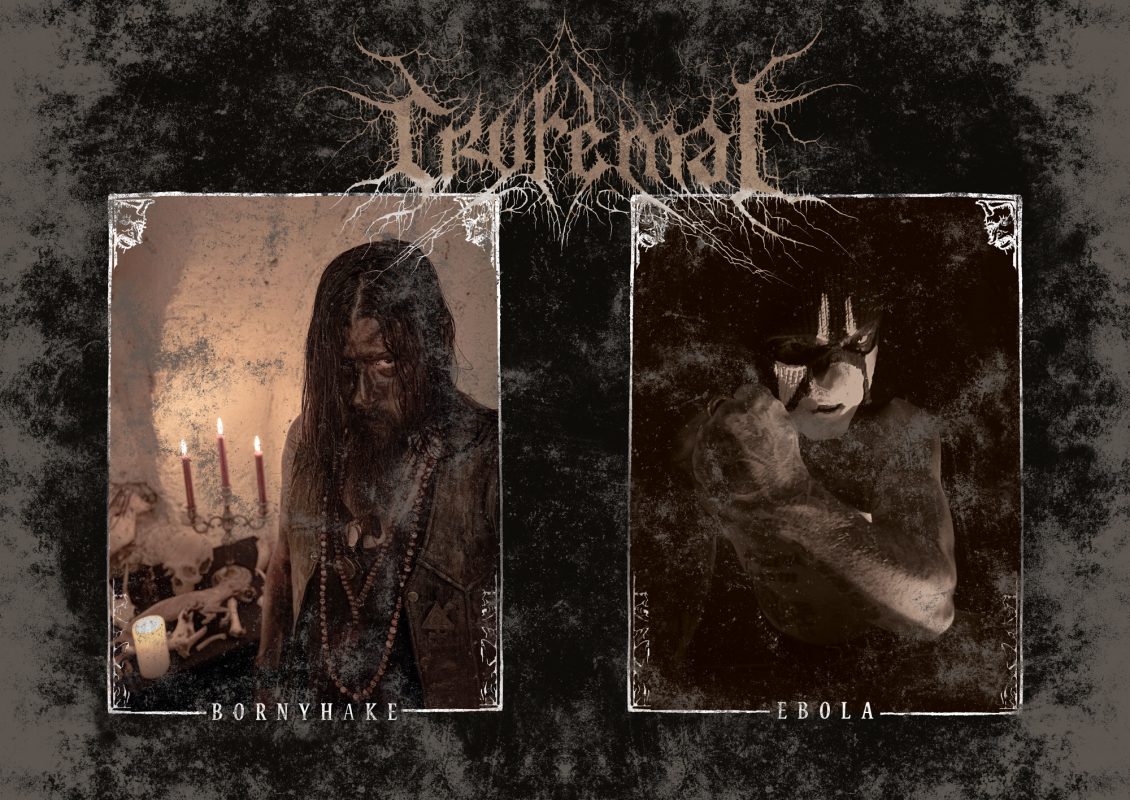 CRYFEMAL was created by the multi-instrumentalist Ebola in 1996, Tenerife, Canary Islands, Spain. The very same year the first demo was recorded, called “Postmortem.”

Cryfemal means “Scream of Sickness” and stands for the concept of playing Necro Black Metal, worshipping the dead and their cemetaries.

Over the course of the following years Cryfemal was very productive, releasing yet another demo, entitled “Fuck You God” in 2000, an EP entitled “Escucha… La Muerte Persigue” in 2002 and a split record with Xerion in 2003, eventually followed by the very first full-length release “Raising Deads… Buring Alives!” the same year.

Quickly after the release, new recordings were started and in 2004 the almighty second full-length album “With The Help Of The Devil” was brought to life, featuring Necroseheiim on keyboards.

In 2004 Ebola came out of prison and recorded the first Cryfemal video clip for “Segunda Muerte”, with session musicians in La Almudena Cemetary Madrid. And the compilation CD “Escucha A Los Muertos” was released, containing both “Escucha… La Muerte Persigue”, “Raising Deads… Buring Alives!” and the song “Niebla De Funeral”.

In 2005 the third full-length album, “Perpetua Fúnebre Gloria” was recorded and released, followed by the fourth one, entitled “Apoteosis Oculta”, in 2007.

In 2008 the second Cryfemal video clip has been recorded, this time for the song “Terribles Disciplinas”, and has been released along with “Increibles Tormentos”, which was released in 2009 after “Letenias Del Necromante” and the split record with Silva Nigra (CZ).

2010 brought along a third video clip, now for the song “Unholy Hangover”, taken from this very split with Silva Nigra. Afterwards the recordings for the sixth full-length album began, entitled “Malicioso Sonido Putrefacto”. It was released in 2011 along with re-releases of “With The Help Of The Devil”, “Perpetua Fúnebre Gloria” and “Apoteosis Oculta”. In the very same year, Cryfemal was put to rest by Ebola.

Yet, a few years later in 2015, Cryfemal was resurrected from the dead and sessions members Bornyhake and Satur joned the band. A deal was signed with Osmose Productions for the release of the seventh full-length album, to be entitled “D6s6nti6rro”.

In 2016 Cryfemal celebrated its 20th anniversary by performing at Unholy Satan’s Abomination Fest in the United States and at the mighty Maryland Deathfest, sharing the stage with Absu / Profanatica and with Abazagorath in New York.

In 2017 Cryfemal released a vinyl and t-shirt version of the sixth album “Malicioso Sonido Putrefacto” via Tribulacion Productions, re-released “Increibles Tormentos” and “Letanias del Necromante” on CD via Mercenary Musik as well as “Perpetua Fúnebre Gloria” and “Apoteosis Oculta” via Osmose Productions. The year was rounded up by performances at the mighty Throne Fest in Belgium and at Under The Black Sun in Germany.

2018 brought along a mini-tour through the United states (Chicago, Boston, New York & Maryland) and a gig in Barcelona, Spain.

In 2019 the eighth full-length album was recorded under the name of “Eterna Oscuridad” with Bornyhake on drums. For this release, a deal was inked with Immortal Frost Productions, who are going to release it in 2020.